What about an iPhone 7 Pro?
The rumor: “Reliable sources” have confirmed to Japanese tech site Mac Otakara that next month’s iPhone models will be called iPhone 7 and iPhone 7 Plus. Hence, this rumor contradicts previous reports that Apple will release three new models this year. Earlier rumors suggested that Apple would introduce a higher-tier Pro version that would feature a Smart Connector and an even better camera. This rumor was also picked up by MacRumors. 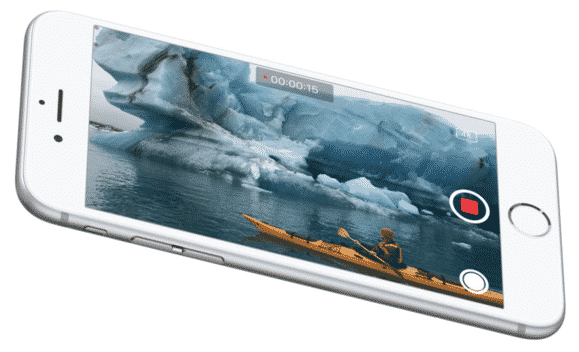 Plausible? Apple has chosen to stay with the status quo when it comes to the two-model launch strategy. However disappointing, this rumor may be accurate considering that we’ve already heard the iPhone-maker is waiting until 2017 to break from the norm and release a radically-new smartphone.

What do these internal docs confirm?
The rumor: With just over a month to go before the iPhone 7 is set to ship, production is ramping up for Apple’s upcoming smartphone. And new leaked documents from the production supply chain seem to confirm what we’ve speculated all along. In terms of hardware, the iPhone 7 will be near-identical to the iPhone 6s, except it will have a redesigned antenna lines, better alignment of the dual-camera, no headphone jack, and a second speaker. The internal documentation was first published by NowhereElse and reported by BGR.

Plausible? The fact that we’ve heard about all these minor changes before, and that they keep surfacing like whack-a-mole seems to suggest that the iPhone 7 is not going to be anywhere close to a mystery when Apple unveils it next month. All the changes that were outlined in the internal docs were also corroborated by Bloomberg’s Mark Gurman last week, adding credibility to the leaks. The only thing left to decipher is whether the iPhone 7 Plus will sport any major difference, or if we’re going to get a third iPhone 7 Pro.

Mark your calendar for Sept. 7?
The rumor: The iPhone 7 will be announced at a Sept. 7 event, Bloomberg reports. Fitting, no? Apple usually schedules its events on Tuesdays, but given that Labor Day this year falls on Monday, Sept. 5, a Wednesday announcement would make sense.

Plausible? Absolutely. Bloomberg’s Mark Gurman (formerly of 9to5Mac) is normally spot on about event dates. We’ve also heard that Apple plans to start selling the new iPhone on Sept. 16, so a Sept. 7 event gives the company a healthy window between announcement and launch.

Wireless EarPods on the way?
The rumor: Apple is allegedly developing wireless EarPods with a custom “low-power” Bluetooth chip so that they have longer-lasting battery life. According to Forbes, Apple has been working on a special chip for years, and it’s likely that these EarPods will launch in conjunction with the iPhone 7 in September.

Plausible? We’d heard rumblings of wireless earbuds before, and it makes sense given that the iPhone 7 is rumored to do away with a headphone jack. Wireless EarPods would be an obvious next-generation product for Apple, and it’s smart that the company is focused on extending their battery life. When we tested a few wireless earbuds, the battery life ranged from one hour to four hours. Or longer, if you count their charging case as a portable battery. Although we wouldn’t be surprised if Apple sold these wireless EarPods as an added accessory, instead of being packaged alongside the iPhone 7.